A few months ago Terabit reported on a new FinTech startup, Revolut. To recap, the startup aims to create a world beyond banking by connecting users internationally through free global ATM withdrawals, along with free money transfers in over 120 different countries. What’s more is that other convenient features are also offered, which include splitting bills, budgeting and money transfers.

To put their accomplishments into perspective, according to Revolut, they have saved customers over $160 million dollars in fees. With astonishing success in the market, let’s take a look at what’s new with Revolut. 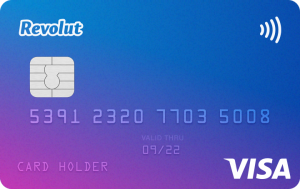 As one of Europe’s fastest growing companies, it is no surprise that the startup company is rapidly expanding. Revolut is launching in North America and Asia, and is now available for early access in the United States, Canada, Singapore, Hong Kong, Australia and New Zealand. If you’re interested in becoming an early adopter in Canada click here.

Vault is a cool new feature that Revolut released. It essentially acts as a savings account that enables users to put away some of their money to ensure that it is in fact, saved. Revolut offers users the option of having their payments rounded up and then the difference is put into savings. For example, if the total for a purchase was $43.15, then $0.85 would be put into the vault for savings. In addition, the user can set up recurring payments to set aside money at the end of a day, week and month in whatever currency you desire, including crypto.

The tech company also reported in their blog that they will be adding two more cryptocurrencies to Revolut Crypto. In addition to Bitcoin, Litecoin and Ether, Bitcoin Cash and Ripple will be introduced. According to TechCrunch, Revolut allows users to buy and hold cryptocurrency, but charge a 1.5% interest fee on transactions.