Yesterday, Apple made its 2017 announcement, where they released the news of what is to come in the near future for the company. This announcement was unlike many of the past, for a few key reasons. First, Apple has come out with THREE new iPhones, instead of one or two. Further, the event was hosted at the new Steve Jobs Theatre, which was set to open for this keynote, and it part of Apple’s campus. 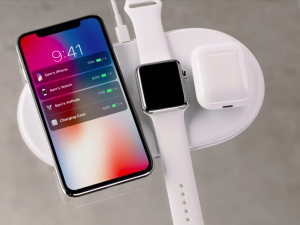 So, before we get into the new iPhones, what else was announced at the event?

The next in the series of the Apple Watch was released: series 3. The main update? LTE capability that allows users to make phone calls, play music sans iPhone, and it now better monitors heart rate and stress levels. The cost? Just under $400.

What else? Apple TV got a shiny new update – it is being upgraded to 4K.

Now, onto the iPhones. It seems like the iPhone 7 was just announced not too long ago, but it is now time for the 8. What’s new here: it looks very similar to the 7, but the back of the phone is solid glass. The available colours have been improved to look more majestic – long gone are the days of Black, Silver, and Gold. Now the phone is available in Space Gray, Silver, and a Rose Gold and Gold hybrid. Internally, the 8 contains an A11 Bionic Chip – meaning the phone has extensive hardware capabilities. The GPU has also been improved, with a better camera app.

Now, the big announcement… the iPhone X. What’s missing from this phone? For starters, a home button, and a border. The display goes edge-to-edge, and instead of using a fingerprint to sign in, the phone will use facial recognition. Another interesting update is animojis, or animated emojis. What are they? When you record and send a voice message, you will be able to use a moving, talking emoji to relay it to the receiver. Next, both the aforementioned phones will support wireless charging!