With so many announcements and updates, it’s nearly impossible to stay up to date with Google. Recently, the tech giant has been releasing numerous alterations to existing products and services, so let’s get caught up and take a look at some of the exciting changes.

The first and perhaps most major is the full redesign of Google Fit. According to a blog post by Margaret Hollendoner, Google Fit’s Head of Product, the company worked with the American Health Association and the World 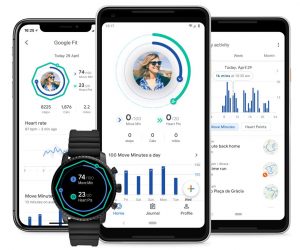 Health Organization to gain more accurate fitness and health knowledge, which is reflected in the app.

The redesign is based on the tracking of two goals – moving and activities that increase your heart rate, which are incentivized by “Move Minutes” and “Heart Points,” respectively. You will receive a point for each minute of moderate activity, while activities that increase heart rate earn double the points. Google Fit will track your movement through the sensors on your phone or through your smart watch to determine your activity levels. The new Google Fit redesign will be available for Android and Wear OS users.

The Undo Send feature on Gmail is undoubtedly a lifesaver. However, up until now, Gmail users were only able to unsend emails on desktop and Google’s inbox app. According to The Verge, the feature will be coming soon on the official Android version of Gmail. As Android Authority reported, within 10 seconds of sending an email users will be able to “cancel” it, but if that isn’t enough time you will receive the notification that says “sent” with an option to “undo”.  Although the recipient will be able to see that there is a message in their inbox if you press “undo”, the good news is they won’t be able to open it – phew!

Lastly, Google is aiming to bring a little joy to our lives, by informing us on the good things going on in the world. As Google’ Creative Producer of the Creative Lab, Ryan Burke, stated in the official blog post, we are consuming an incredible amount of news, but we often forget to look at the good news and the issues that are being resolved. Hence why Google has stepped in. Starting today, Assistant users in the United States can ask their Google device to tell them something “good” and receive an update regarding the good going on in the world.

Check out the video to learn more: