Facebook has announced the release of a new educational online resource for young social media users, a “Digital Literacy Library“. The online library aims to educate young people aged 11-18 on navigating the digital world, as Facebook puts it.

The website hosts a multitude of learning opportunities which are presented in lessons, discussions, activities, quizzes and games. The Digital Literacy Library provides information regarding “Security, Community Engagement, Privacy and Reputation, Safety and Well-being, Information Literacy, Positive Behaviour, Identity Exploration, as well as Content Production”. Each topic has several subtopics, so the security lesson for example, discusses passwords, public Wi-Fi, as well as cybersecurity, phishing and spam. According to TechCrunch, educators are able to download the app for free.

Although Facebook’s Safety Centre is now hosting the Digital Literacy Library, the material is from the Youth and Media team at the Berkman Klein Centre for Internet & Society at Harvard University. However, TechCrunch also reported that Facebook aims to have other non-profits around the world edit the lessons and contribute new ones.

Despite following important steps to secure passwords, many organizations and individuals are victims of security breaches. As this issue becomes more prominent, many companies are acting to prevent data and credentials from being compromised.

The Google Cloud Next ’18 three-day conference not only discusses the magnitude of cloud-based technologies, but has highlighted Google’s future plans and current projects.

One new service that is particularly interesting is, context-aware access, a program that provides additional security and privacy for individuals and organizations. The Google Cloud Product Management Director, Jennifer Lim, provided a list of security improvements and illustrated the importance of context-aware access on their blog.

The context-aware access program enables G-Suite Administrators to provide information that assists in identifying whether it’s really you or a hacker logging into an account. Lim stated that parameters will be based on, “user’s identity, location, and the context of their request”. Google’s program simply provides an extra security measure and greater control for organizations with remote workers.

The availability for context-aware access is currently limited to certain users. Google reported that access to the program is for those utilizing VPC Service Controls and then will be later released to users of Cloud Identity and Access Management (IAM), Cloud Identity-Aware Proxy (IAP), and Cloud Identity.

Firefox Monitor to Alert Users if Their Account Has Been Hacked

Internet users are becoming increasingly concerned about their privacy on the Internet, and rightfully so. With Internet-related crimes on the rise and major tech companies, like Facebook, being exposed for major security and data breaches, it is no surprise that Internet users are uneasy.

Mozilla has designed Firefox Monitor, which is a security tool that allows Firefox users to test their accounts to determine whether their data has been breached or not. According to an article in Digital trends, Firefox has partnered with the well-known database for compromised emails, HaveIBeenPwned.com (HIBP).  Firefox Monitor will integrate HIBP into its services, as users can easily enter their email address to discover if their account has been breached.

According to Mozilla’s blog post, user’s who input their email address should not have any privacy concerns. In collaboration with HIBP and Cloudfare, anonymous  data sharing for Firefox Monitor has been created, meaning no data will be shared with any party other than Mozilla itself.

According to Mozilla, the service is going to be initially tested by 250,000 users, majority of them being US residents. Then, after a significant amount of testing Firefox Monitor will roll out the service to all Firefox users.

Creating passwords has become more of a complicated task. As most of you have experienced, passwords now require a number, upper case letter, symbol and so on. However, with the ever-prevalent problem of computer hacking, how are we to know if these passwords are in fact secure? 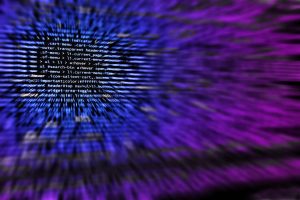 There are many different password management tools, as discussed in our previous blog. However, 1Password, password management tool, has released new software that allows users to create a completely original password. The new application integrates a new database called, “Pwned Passwords”. This database provides users with the ability to check if their chosen password has already been breached onto the internet.

How does it work? According to Pwned Passwords creator, Troy Hunt’s blog post, the database has over 500 million passwords that have been compromised. However, this does not mean that Hunt has access to each password that is tested by the user. The Verge reported that the password management tool is secure, as the password is hashed and sends only the first 5 characters of the 40 character assortment.  From there, any passwords from the Pwned Passwords database that contains the same first five characters, are then flagged. However, it should be noted that Hunt stated that you should never enter your current passwords into any password management tools.