Facebook has announced the release of a new educational online resource for young social media users, a “Digital Literacy Library“. The online library aims to educate young people aged 11-18 on navigating the digital world, as Facebook puts it.

The website hosts a multitude of learning opportunities which are presented in lessons, discussions, activities, quizzes and games. The Digital Literacy Library provides information regarding “Security, Community Engagement, Privacy and Reputation, Safety and Well-being, Information Literacy, Positive Behaviour, Identity Exploration, as well as Content Production”. Each topic has several subtopics, so the security lesson for example, discusses passwords, public Wi-Fi, as well as cybersecurity, phishing and spam. According to TechCrunch, educators are able to download the app for free.

Although Facebook’s Safety Centre is now hosting the Digital Literacy Library, the material is from the Youth and Media team at the Berkman Klein Centre for Internet & Society at Harvard University. However, TechCrunch also reported that Facebook aims to have other non-profits around the world edit the lessons and contribute new ones.

To remain up-to-date in the fast-paced digital landscape, many leading retailers have begun unveiling augmented reality (AR) apps that provide consumers with a whole new, online shopping experience. For example, Walmart and IKEA both provide an AR experience for consumers to display products virtually in their home. Even Facebook jumped on this trend earlier in the spring, testing AR in Messenger with select companies.

According to TechCrunch, Facebook announced on Tuesday that they will be expanding their AR experience to test AR Ads in the News Feed.

The test initially began with the designer brand, Michael Kors, letting consumers try on sunglasses virtually and in turn, eliminating the hassle of going to a store. Later in the summer, other companies like Sephora, Bobbi Brown and Wayfair will provide an AR experience on the Facebook News Feed. With these big brands on board, Facebook users can expect many more companies to also provide AR opportunities. 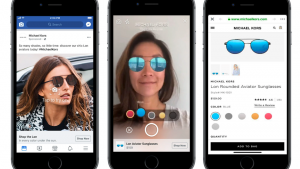 In addition to the virtual shopping, Facebook also stated they will be expanding Shopping for Instagram Stories. According to The Verge, this holiday season will be a busy time for advertisers, as that’s when the shopping feature on Instagram will be available for all brands to use. Through this feature, Instagram users can directly buy products by clicking a sticker on a retail brand’s story.

Lastly, TechCrunch also reported that Facebook will be rolling out a new video creation kit to assist companies in creating mobile video ads, which have proven to be more effective than still ads.

After facing serious backlash from data misuse and privacy concerns, Facebook is attempting to regain the public’s trust.

Last week, Mark Zuckerberg stated the social networking giant would not only be moving forward with more transparency, but he stated they would be strengthening their policies and cracking down on how the data is used. However, just this week, Facebook also released a statement regarding the alterations they will be making to ensure users feel more secure when using the social media platform.

While these changes aren’t necessarily new, Facebook is taking the steps to make them more available and easy to find. If you’re a frequent FB user, then these changes are worth a quick glance! 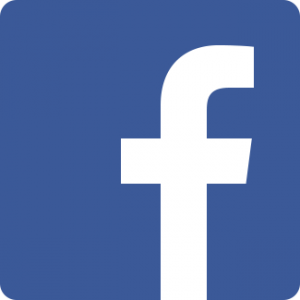 1. Controls will be easier to find and use with this update. Facebook stated they have redesigned the user controls on mobile phones to be consolidated into one single page, in contrast to previously spanning over 15 different pages. In addition, Facebook will now explicitly state what third-party applications can and cannot do with your information.

3. Access Your Information is a new method for users to manage their Facebook activity, such as posts or interactions with others, making it easier to review your history and delete anything you wish to.

Along with these updates, Facebook also reported that they are aiming to be even more transparent with users by sharing what their data is being used for. While some have simply deleted Facebook in the wake of this scandal, others may be trusting Facebook to make a change and handle user data more appropriately.