When e-commerce giant Amazon launched its smart speaker Echo in 2014, it was the first technology of its kind that many people had seen. Since then, few updates have been added to the voice-controlled speaker. It was essentially an audio player that contained a Siri-like assistant inside of it. 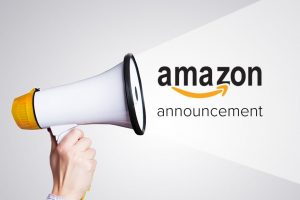 So, what came out in yesterday’s release? Amazon announced the launch of the new Echo Spot – a smart alarm clock with a multitude of capabilities. The alarm clock has a 2.5 inch touch screen, the ability to make phone calls, and can be connected to external speakers to allow users to chose their ultimate audio preferences. The hope with Spot is that buyers will use it as more than just an alarm clock, but as a speaker that can be used throughout the home and for various purposes.

Since the original Echo has not be updated since the first release, Amazon decided to come out will the Echo Plus – the perfect competitor for Apple’s latest HomePod. Some perks of the latest version include a higher quality sound, a range of coloured sleeves, and the ability to connect with other smart home devices. Of course, the new Echo still uses Alexa, and all the updates she has developed since the initial release. What makes the product more smart-home friendly is the fact that it comes already compatible with 100 different companies and brands in the home, such as Philips light bulbs.

Another update, a cheap add-on called Echo connect, will allow Echo devices to connect to landlines and place phone calls. Again, this will be done through voice activated commands, and is in line with Amazon’s goal of connecting more devices to enable a truly smart home.

Most of these devices will be available before 2018, and some are already available exclusively to Amazon Prime members.